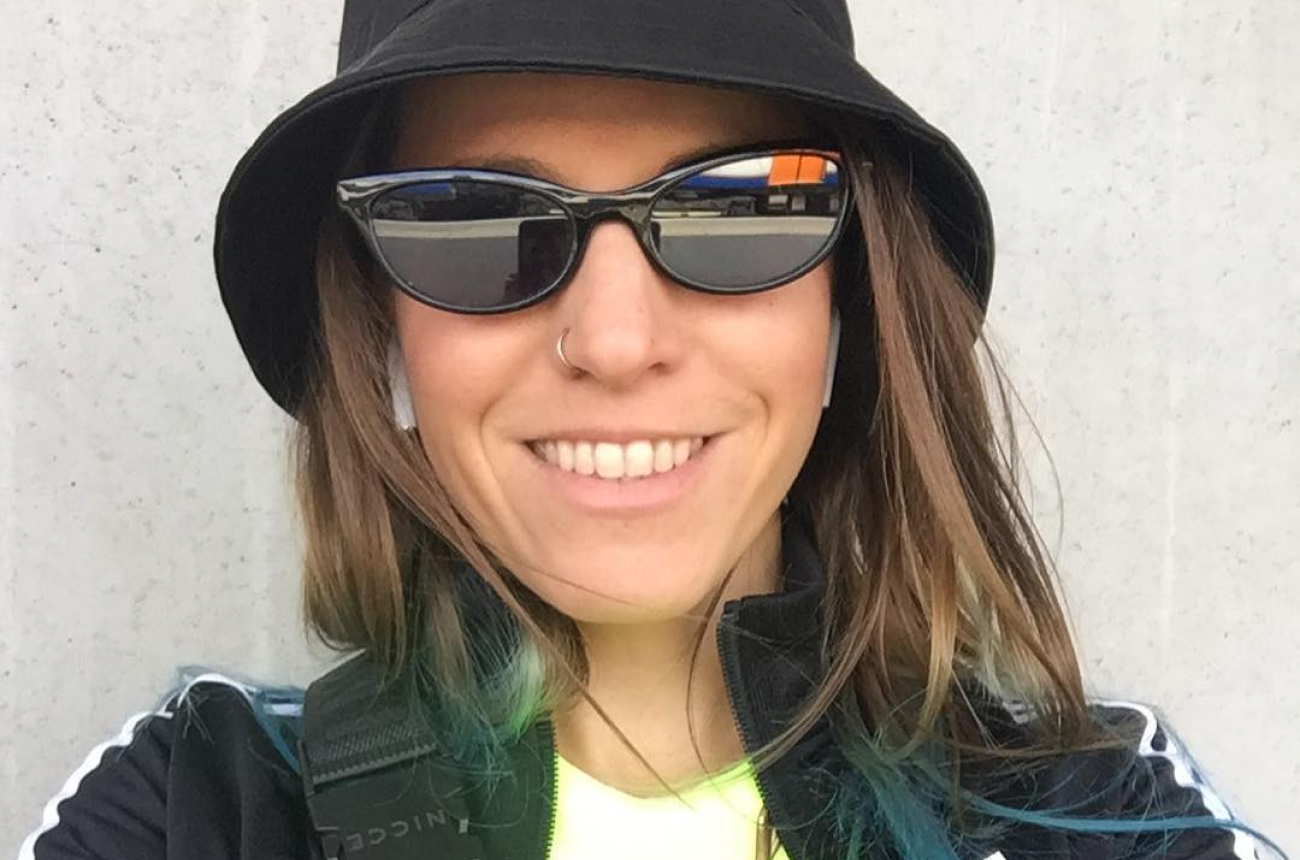 You could say the Colour Hunt AR filter is the epitome of our love for colours here at Visualist. And Vivian, or Viv, as she likes to introduce herself, was the one to skilfully develop it.

Viv is a technical and AR artist. Everything she did for us, she's learnt by herself on the internet. She studied business and had previously worked in marketing. But after doing her master's degree, she got a taste for something else—she wanted to innovate. A creative but not a coder, she decided to marry the two for this exact reason.

I realised soon after graduation that to innovate, I had to code.

Nowadays, you'll see her doing just that—changing the world, and sometimes creating new ones—in her AR filters. Viv loves to experiment and you can see that with the many pairs of eyes you'll get in her filters.

Viv is now on a 1-month holiday in Brazil, and although she's left her laptop (and work) at home, we guess she couldn't stay away from her email inbox. Lucky for us, that's how we got to chat with her.

I always loved computers, but Computer Science back in the day was very male-dominated. I didn’t feel like I fit the typical male developer stereotype in order to pursue it as a university degree. It’s still a male-dominated field but the democratisation of learning through the web and coding boot camps has opened opportunities to a more diverse crowd and is bringing different profiles to the industry.

I was working in the Creative Industry before and I did a Master's Degree in Innovation in an attempt to bridge the gap and jump into tech.

I realised soon after graduation that to innovate, I had to code.

I fully committed myself to learning code on the internet. I definitely don't regret my decision!

The neon AR filter that didn't get to shine

My first AR filter was inspired by Tracey Emin's neon artwork—it had a couple of her neon writings on the screen that the user could tap and choose to feature themselves with.

I still love the concept but funnily enough, it violated Spark AR’s static text policy at that time, so it was never published. Unfortunately, it was very short-lived.

I often draw my creative inspiration from experimentation.

When I’m making something new, I usually explore all the possibilities within a feature or a capability and combine that with other experiments I have done in the past.

Sometimes I draw inspiration from things I see on the internet, but more often than not it comes from playing around and following my intuition.

I try and be up to date with new technological releases—more feature releases mean more opportunities to create.

I like being part of the Spark AR community and other creative tech communities to see what’s being made.

I only post on Instagram when I have something new to show—a filter or a project. But of course, I love the AR filters. Instagram has also recently announced the integration of NFTs into the platform in the near future and I think that will be cool.

I wish I was more active on other social media platforms, like Twitter for example. But I think I'd struggle to maintain the same virtual presence that I have on Instagram.

YouTube. It suits me as a constant learner. I can save playlists and watch them offline. It's handy when I'm on the move—like now, I'm in Brazil and I didn't bring my computer with me, but I can still enjoy videos in between journeys.

Being part of the female developers' community

Spark AR has over 110K creators and it’s amazing that the male and female ratio is 50/50, especially considering how male-dominated the tech sector is.

I don’t feel so alone there. In fact, it gives me hope for the future.

When I was starting out, I asked for a lot of advice on the freelance process and how to set my rates.

One piece of advice that stuck with me was not to undercharge nor undersell myself.

But it was only through trial and error that I was able to stick with it. Nowadays I know my worth and can say "No" to projects that do not match my values.

Learning is my side hustle.

I’m constantly saving links and videos to learn from at a later date—that is what I dedicate most of my free time to. Right now, apart from coding, I’m focusing on Computer Graphics and 3D.

I have tried to get into NFTs but I’m still not there yet. I got caught up in the blockchain rabbit hole back in 2018 and got out of it by choosing the AR path.

I’m pretty good at focusing on one area at a time and avoiding distractions—I tend to do short explorations rather than diving into rabbit roles.

I am hoping to get into the NFT space at some point soon.

We wanted to create a colour hunt game that challenged users to interact with their surroundings to find a colour. I had a lot of fun developing and, eventually, playing with the filter.

Right now, I’m on a month-long holiday in Brazil—where I’m originally from. I have a ‘no computer’ policy.

It’s the first time in the past 3 years that I didn’t bring my computer on a holiday!

But prior to this, I worked on a mini-game for Maybelline NY in partnership with Popular Studio. The user has to catch the falling mascaras to the sound of the beat, scoring points results in a reveal of the full Maybelline eyelashes look at the end! It was a real test of my logic, as is often the case with mini-games. I ended up using a mix of script and patches to deliver the project

Another recent project was for Monki in collaboration with Body Dysmorphic Disorder Foundation. We wanted to raise awareness of the unrealistic beauty standards portrayed in some beauty filters, particularly those that deform the user’s face and have a negative impact on people suffering from body dysmorphic disorder.

The goal was to promote a petition demanding more transparency over altered images on social media. I did this filter in partnership with PopulAR—we created a magazine cover with positive messages featuring the user and their natural beauty. We purposely avoided any 'beautifying' features. 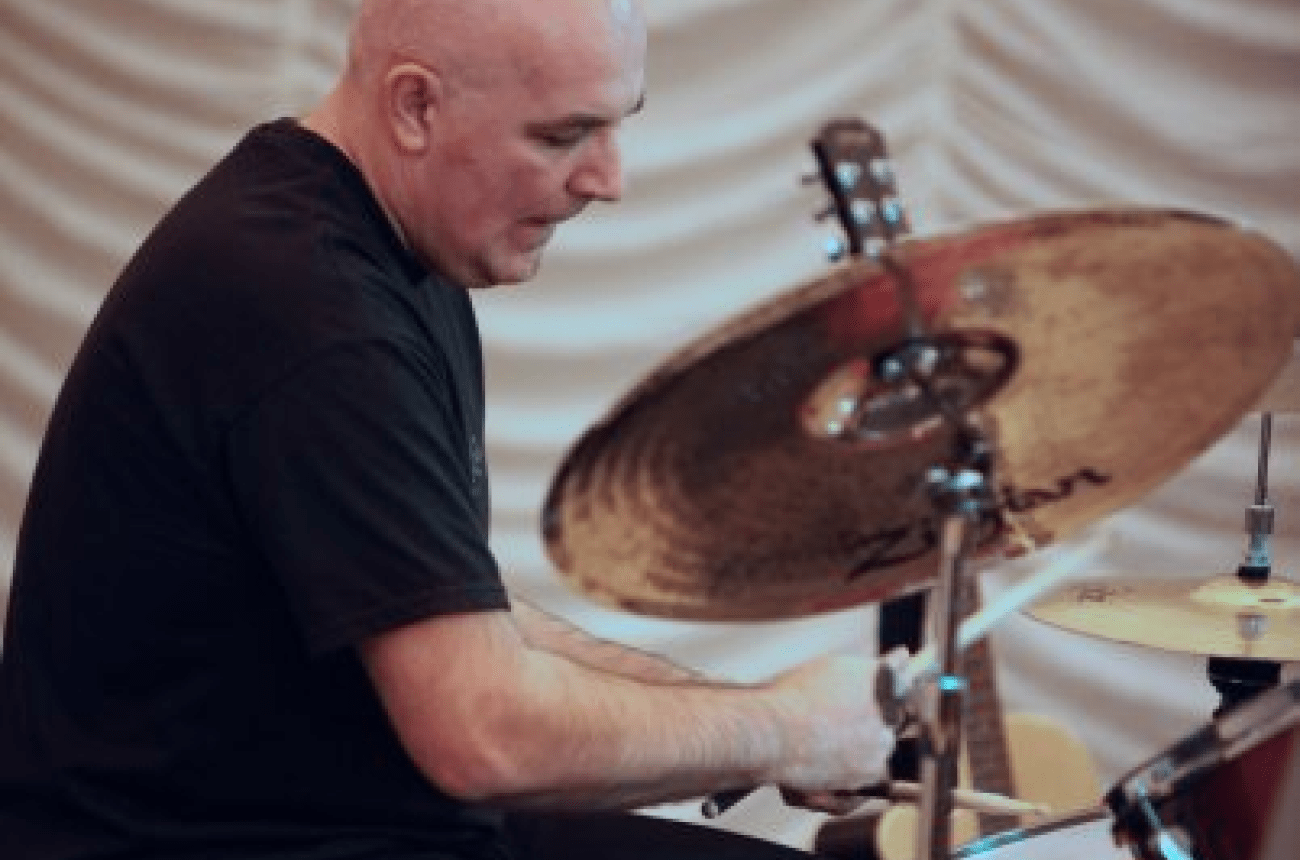 Stephen Westland on the Colour of Creativity 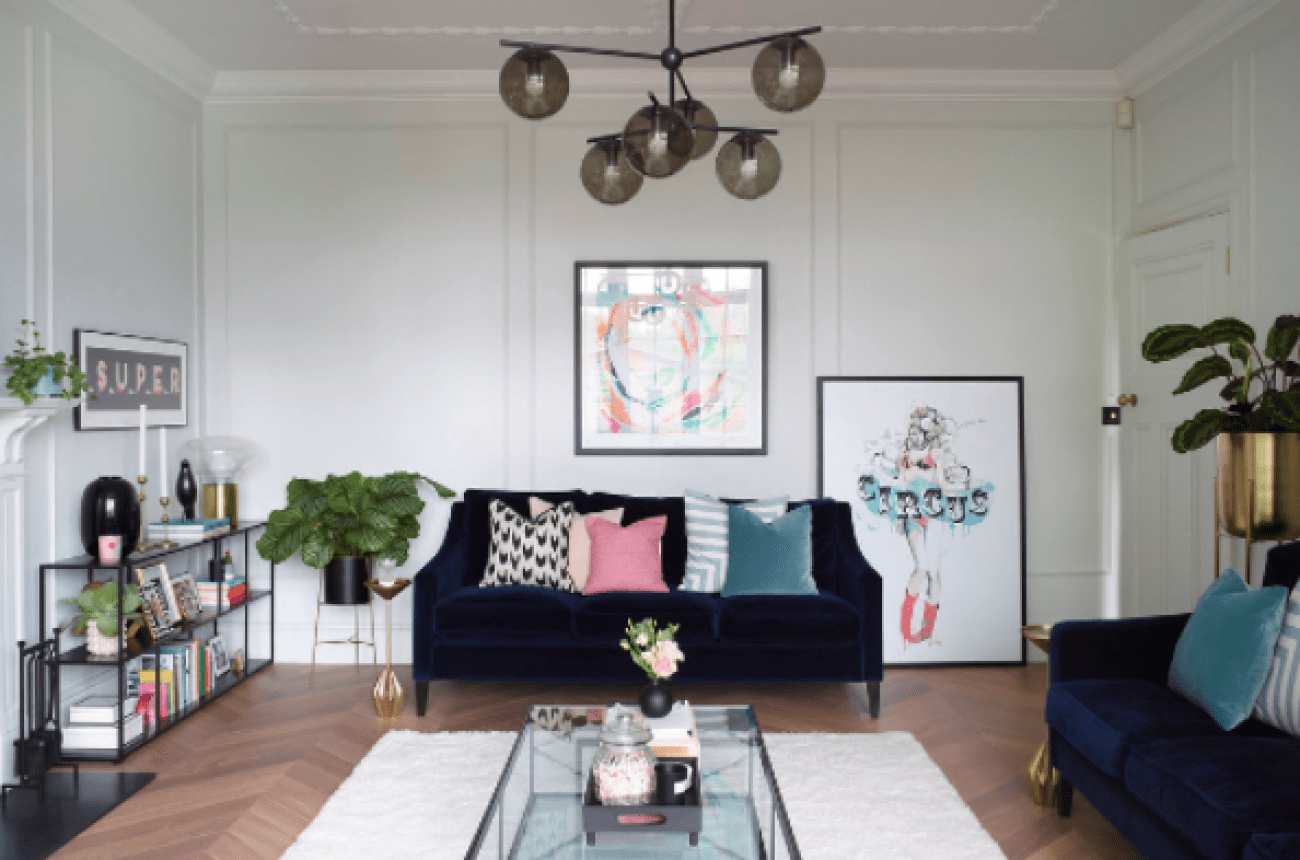 From Lacoste to the Homepage of Houzz: Vickie Nickolls on Becoming an "Interior Therapist" 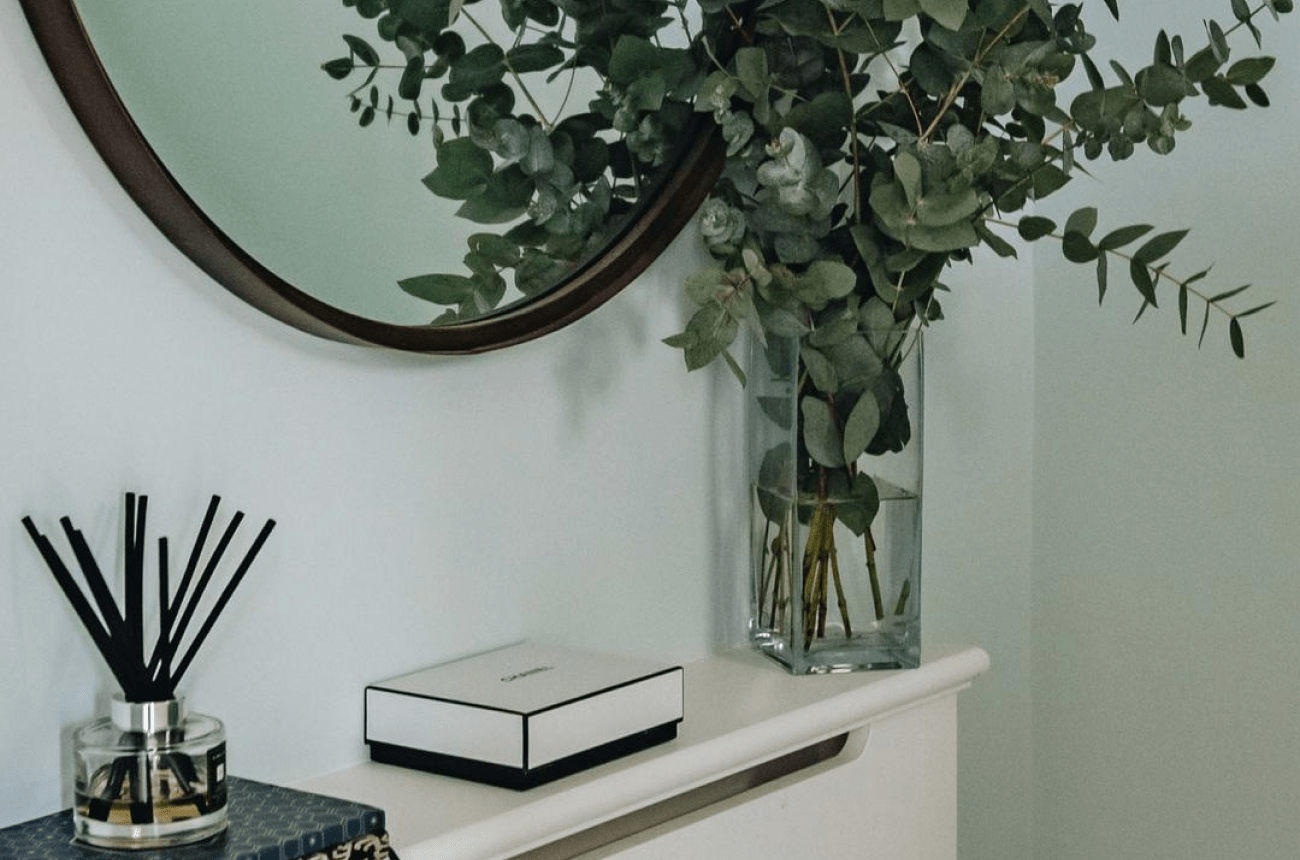 Hanging Up the Headphones to Redecorate Homes: Julia Murray's Pivot From Audio to Interiors 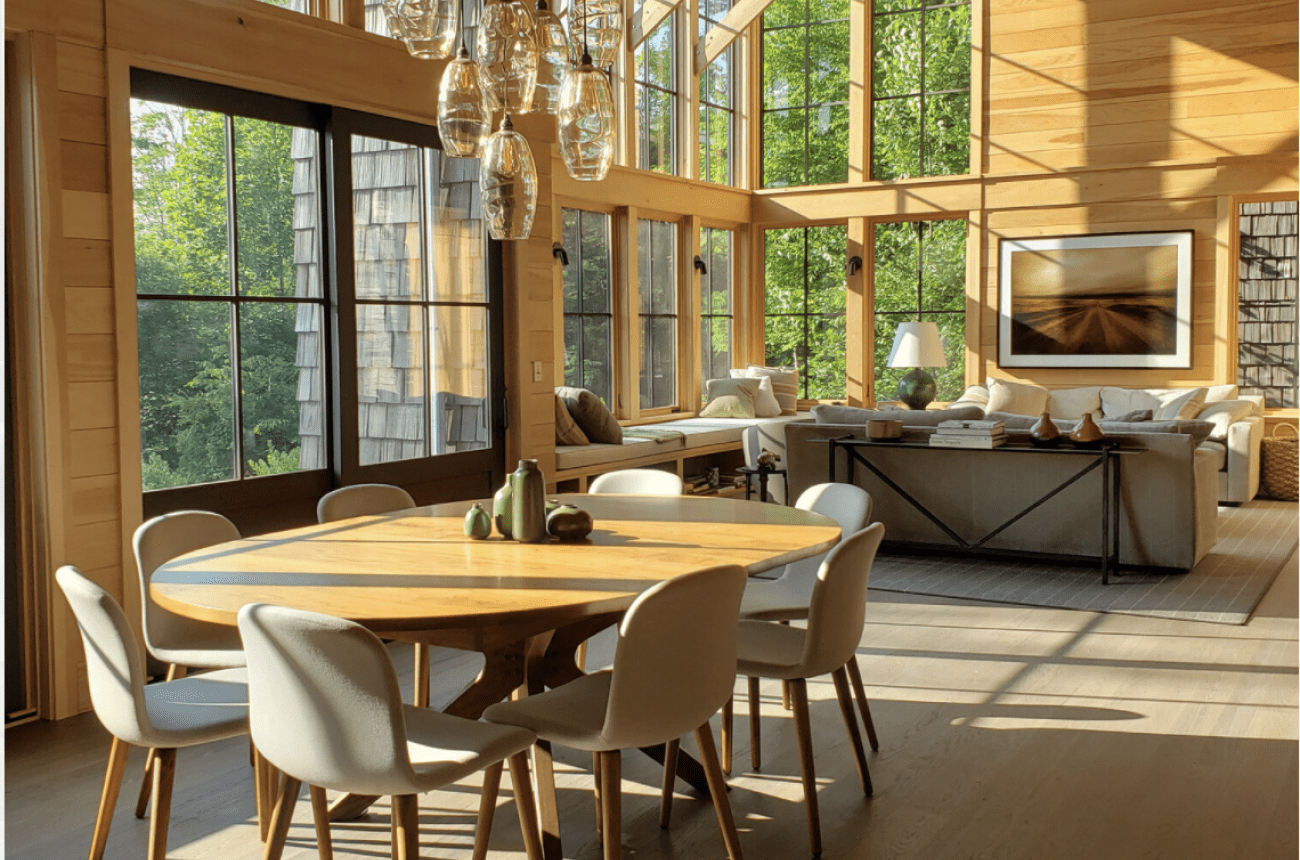 Ancient Artefacts to Modern Furnishings: How Claudia Kalur Unearthed Her Passion for Design