Mobilising a Community: The Story of the High Fashion Twitter Met Gala
community 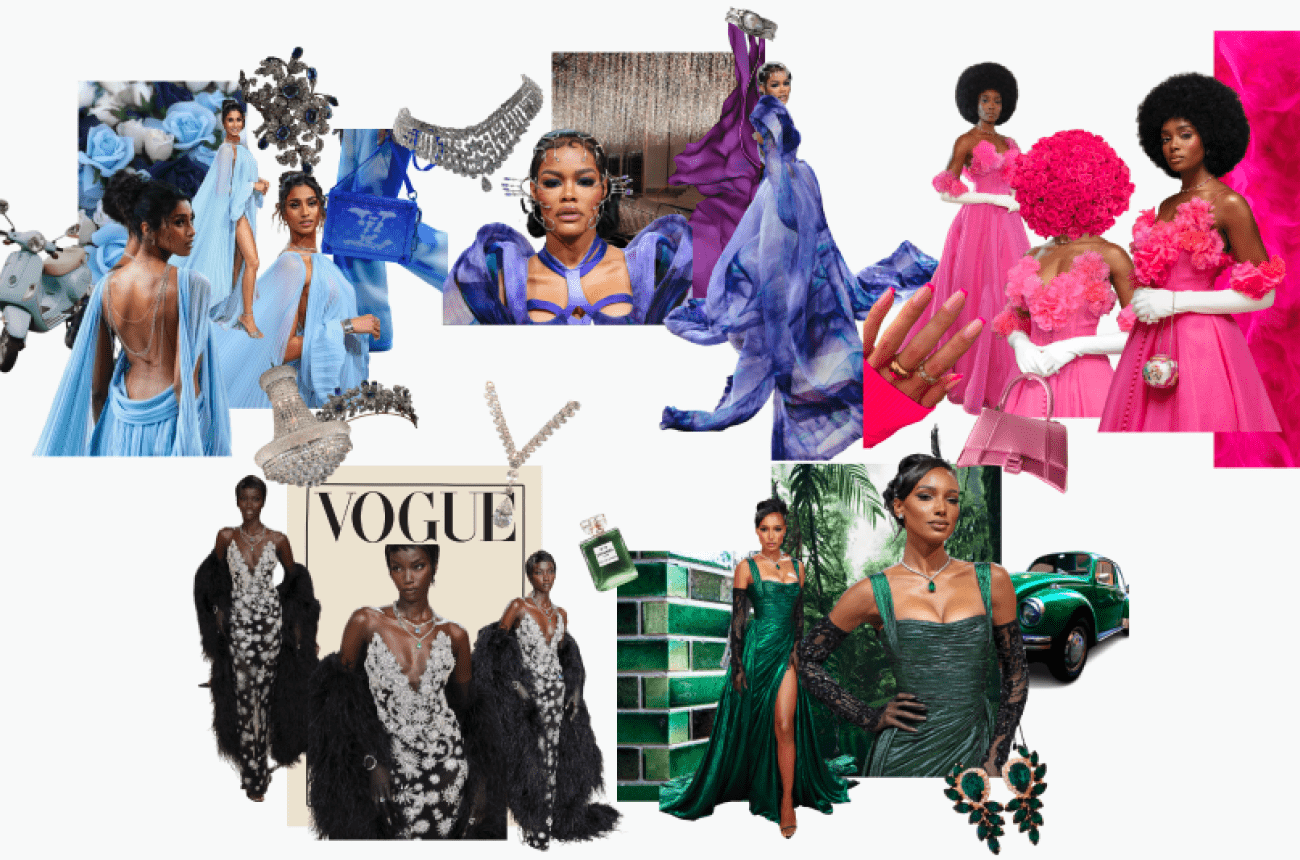 In 2020, a group of internet friends launched an event on Twitter as an attempt to unite and inspire their online community through the difficulties of the pandemic.

Armed with just a “very active WhatsApp chat" and a simple aim of “democratising the fashion industry” they created the High Fashion Twitter Met Gala (HFTMG)—an inclusive digital alternative to one of the biggest events in the fashion calendar.

The event quickly gathered international participation and ignited a flurry of global press, who were keen to find out why exactly the fashion industry was falling so short in progressiveness and inclusion when a Twitter community had seemingly solved the problem from their bedrooms.

Now, two years on, we speak to the creators of the event to understand how an event born out of a community is now nurturing a new frontier of fashion enthusiasts holding the industry to account.

The success of the High Fashion Twitter Met Gala is a phenomenon grounded in community.

In every industry the pandemic made people re-evaluate the importance of community and their place within it. For the High Fashion Twitter (hftwt) community, it allowed them to reimagine what they each could contribute to the fashion industry as a whole if they focused their attention on spotlighting themselves rather than already celebrated ‘names’ in the industry.

The HFTMG was a manifestation of the perspective shift rippling through the community at the time.

The entirely digital event runs as a companion to fashion’s most famed night by the same name—inviting participants to join in the fun of the Met Gala by expressing their interpretation of the prescribed theme in a variety of accessible virtual mediums.

The organisers wanted to empower the hftwt community and celebrate the voices within it that make up the new generation of fashion. But above all the idea to host a virtual Met Gala was really "just for fun” in an attempt to ease the community's mid-lockdown blues.

The founding members leveraged their existing presence in the community—high followings and a reputation for being vocal in industry discussions—to draw attention to their newly curated event. But they were still overwhelmed by the interest the event garnered from all corners of the hftwt community.

There are very distinct subcultures within the overarching HF community on Twitter, from anti-fashion to archivists and deconstructionists. But the HFTMG acts as a uniting moment for all the HF Twitter factions, allowing members of the community, especially those unfamiliar with one another, to establish connections by crossing the chasm. The result embodies everything the organisers love about the event, "It's so interesting to see all these different perspectives and interests collide."

Of course, the novelty of the first HFTMG in 2020 and the huge influx of attention from pop-culture magazines like Dazed and i-D were very exciting for all involved. But the team endeavoured to find ways to preserve their enthusiasm for the event beyond public praise and celebrity status.

So, in the absence of the 2021 Met Gala the following year, the organisers "took creative liberty" and decided to design their own theme driven by the industry change they wanted to see reflected in the event.

And, building on that momentum, this year's HFTMG themed 'In the Americas' was the "most politically driven yet". Whilst the IRL Met Gala red carpet was awash with gilded glamour, fashion creatives attending the HFTMG set about reclaiming the definition of 'American'.

We're challenging The Met's use of America as an isolating term—it excludes the whole Pan-American continent and just focuses on the United States. America is a continent, not a country.

It’s time to redefine American fashion. It is essential to broaden our perspective on what it means to be “American” and explore a continent of wonders.

We invite you to join us In the Americas#HFMetGala2022 pic.twitter.com/5JvyxLR1JO

In the last 3 decades, the Met Gala has gradually evolved from a humble charitable event to a celebrity extravaganza. This year, perhaps more than ever, the event has come under scrutiny for flaunting lavish exclusivity whilst the general population are crumbling under rising costs of living.

But hftwt's DIY alternative is challenging that narrative with a focus on accessibility and inclusivity—giving creatives a chance to proudly embrace and explore their diverse heritage as part of the 'American' lexicon.

One approach to inclusivity is the 'Brand Challenge'. Participants signed up to the challenge are randomly assigned a brand (this year that list included Phillip Lim and Tom Ford) and must create an outfit made purely from their designs.

Our brand challenges are designed to uplift designers and creatives that are overlooked by the main event. We want to spotlight all the designers who are just as qualified but don't get the same screen time.

This approach is grounded in education, the antithesis of the frivolous celeb culture we now see paraded at the Met Gala. It seeks to challenge a community of fashion enthusiasts to dig deeper, understand the historical and modern significance of dress (pertaining to the theme) and celebrate those previously overshadowed in the industry.

The Romanticization of "The American Dream" as told by the Pearl of The Orient Seas #HFMetGala2022 pic.twitter.com/dVHAsNGn2g

Though the Brand Challenge is designed to push the community to try new things, the other participation categories were derived from an analysis of the community's existing behaviour. The organisers saw first-hand that the community were already using moodboards and illustration to express themselves creatively and so they just had to find a way to direct these expressions into a common agenda, i.e., their virtual Met Gala.

This resulted in the formation of four categories for HFTMG attendees to participate in:

Inclusivity is key across all categories. The digital nature of the event allows people to participate without incurring the costs of buying garments, fabrics or even tickets ($35,000 to be precise). It also alleviates waste production, the unsustainable by-product often associated with one-time fashion splurges.

Despite the continued success of the HFTMG, challenging the status quo of the industry cannot be done with just one annual event. Therefore, the team have been looking at ways to harvest the talent and passion of their community year-round.

Furthering community engagement is also done in the hopes of preserving the future of the event. As much as the organisers wish they could be involved forever, they are aware that ultimately their careers will take priority. And so, in the interest of preservation, the team are attempting to find ways to pass this tradition forward—in the hopes that it will continue to foster a sense of togetherness within the community for years to come.

Part of that strategy was an open invitation to their community, to brainstorm and write collaborative threads for the event's official Twitter page. The result was a bank of informed, passionate content that aligned with their commitment to amplifying a diverse range of voices. Of course, given this year's theme, the narrative centred around dispelling misrepresentations of Latin America in mainstream media and highlighting influential names in fashion across the entirety of the Americas.

Centring the hftwt community's discourse on critical commentary surrounding fashion and culture is a calculated approach. The organisers are aware that Twitter is often overlooked by industry insiders in favour of Instagram, but they still believe Twitter is the platform best suited for their mission because, "unlike Instagram or TikTok which put imagery before commentary, Twitter values both." This means fashion enthusiasts who are disillusioned with the superficiality of Instagram and unable to thrive in its visually-biased environment may find that Twitter’s conversation-centric infrastructure suits their needs better—allowing an opportunity for thoughtful, insightful learning uninhibited by aesthetic appeal.

Another advantage to Twitter is that it lends itself to anonymity. Many of the hftwt community run their accounts anonymously and the organisers endeavour to respect this privacy and ensure it never becomes a limiting factor to participation.

The team are operating on the theory that ‘if you build it, they will come’—by pioneering these conversations themselves they hope to attract more like-minded individuals to the community and slowly facilitate the establishment of High Fashion Twitter as a reputable and respected place for industry discourse.

After more than 300 #HFMetGala2022 tweets and 400 famous faces on the IRL red carpet, 'fashion's biggest night' is wrapped up for another year.

But the work for the organisers does not stop here. The team will now return to working on a reflection of the Met Gala 2021, to be published as an openly available e-book titled 'Faces in the Mirror'. Their previous e-book, a summary of learnings from the first High Fashion Met Gala in 2020, titled 'Temporal conflation', can be found here.

For my look I was inspired by the visionary art movement now known as retrofuturism. this movement was driven by the past’s perception of the future in all realms of design: art, architecture, decor, and fashion. pic.twitter.com/jpxsCpzKdT

The educational e-book is just another example of the team's commitment to empowering the community that birthed the event. For all of the team, their 'seat on the board' has never been motivated by a desire for self-promotion and this selfless attitude is undoubtedly key to the event's longevity. The team simply see themselves as a launchpad for the community's success, they are providing the wheel with which the community can steer.

From our talk, it was clear that the future of the High Fashion Twitter Met Gala is dependent on the community's commitment to its upkeep. Will that be in the form of a new wave of committee personnel? It's hard to say.

But even in the absence of a coordinating team, the tradition itself will remain.

That is not to discredit the work of the committee thus far; their hard work, eloquence and foresight have been instrumental in the HFTMG's success. The work done to empower and educate the high fashion community will have long-lasting implications and we imagine that on the first Monday of each May, the High Fashion Twitter community will, of their own accord, offer up an innovative, thoughtful, thematically comprehensive (no shade to the real Met Gala...) display of talent. And what a beautiful legacy that is.

The High Fashion Twitter Met Gala serves as a reassuring reminder that grassroots initiatives and passionate creative communities will always be there to hold the fashion industry to account—although we live in the hope that one day, they'll no longer have to. 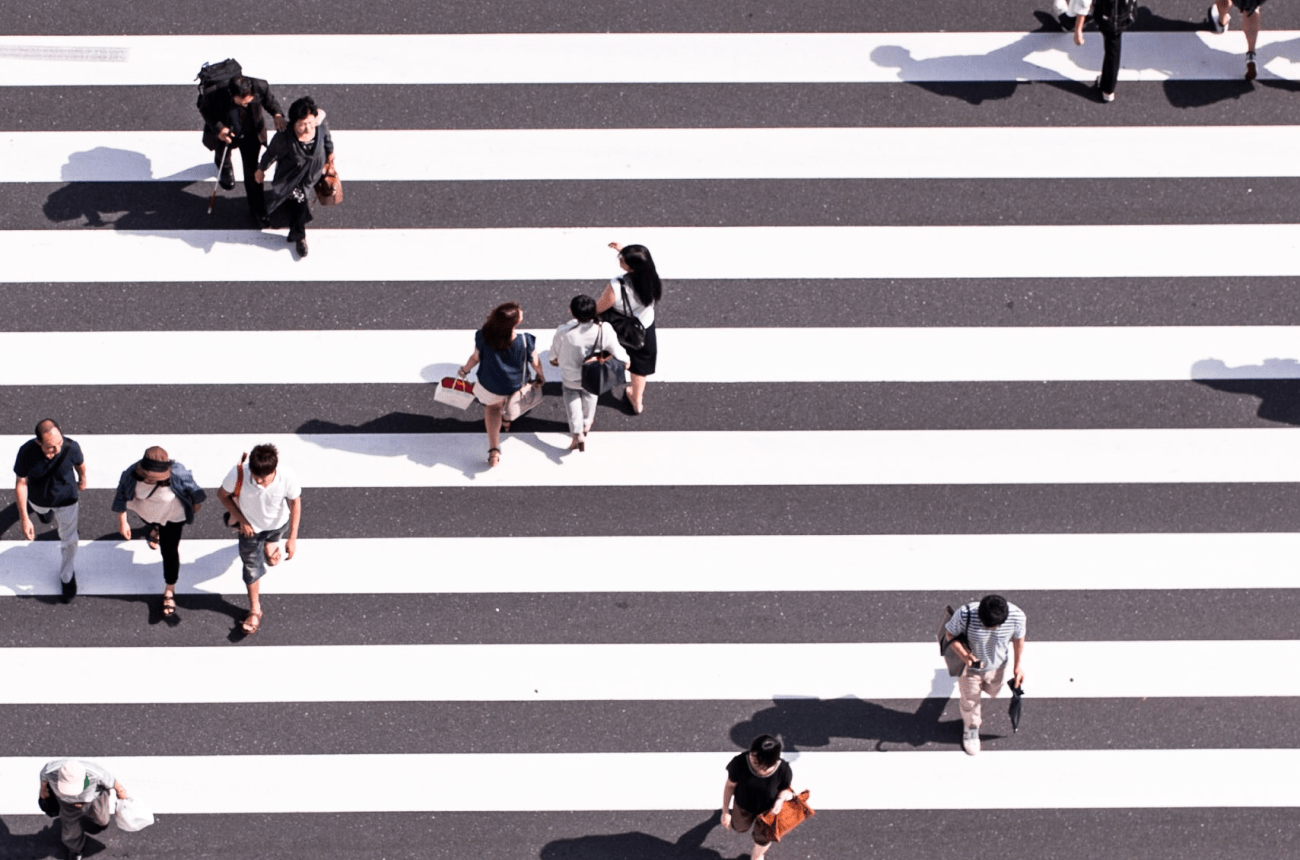 Work With Me: Overcoming Procrastination Through the Power of Community 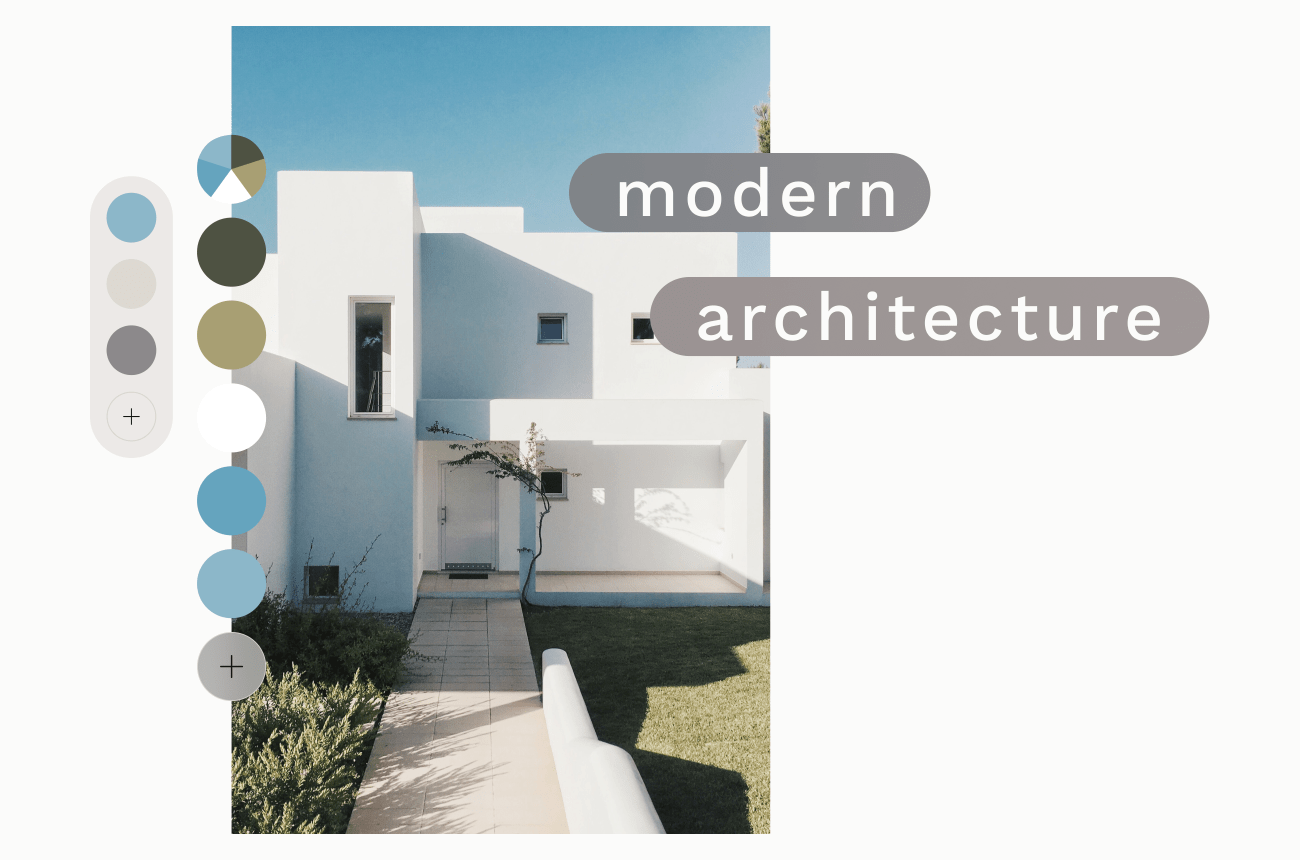 How Our Community Helped Us Build Our Colour Algorithm 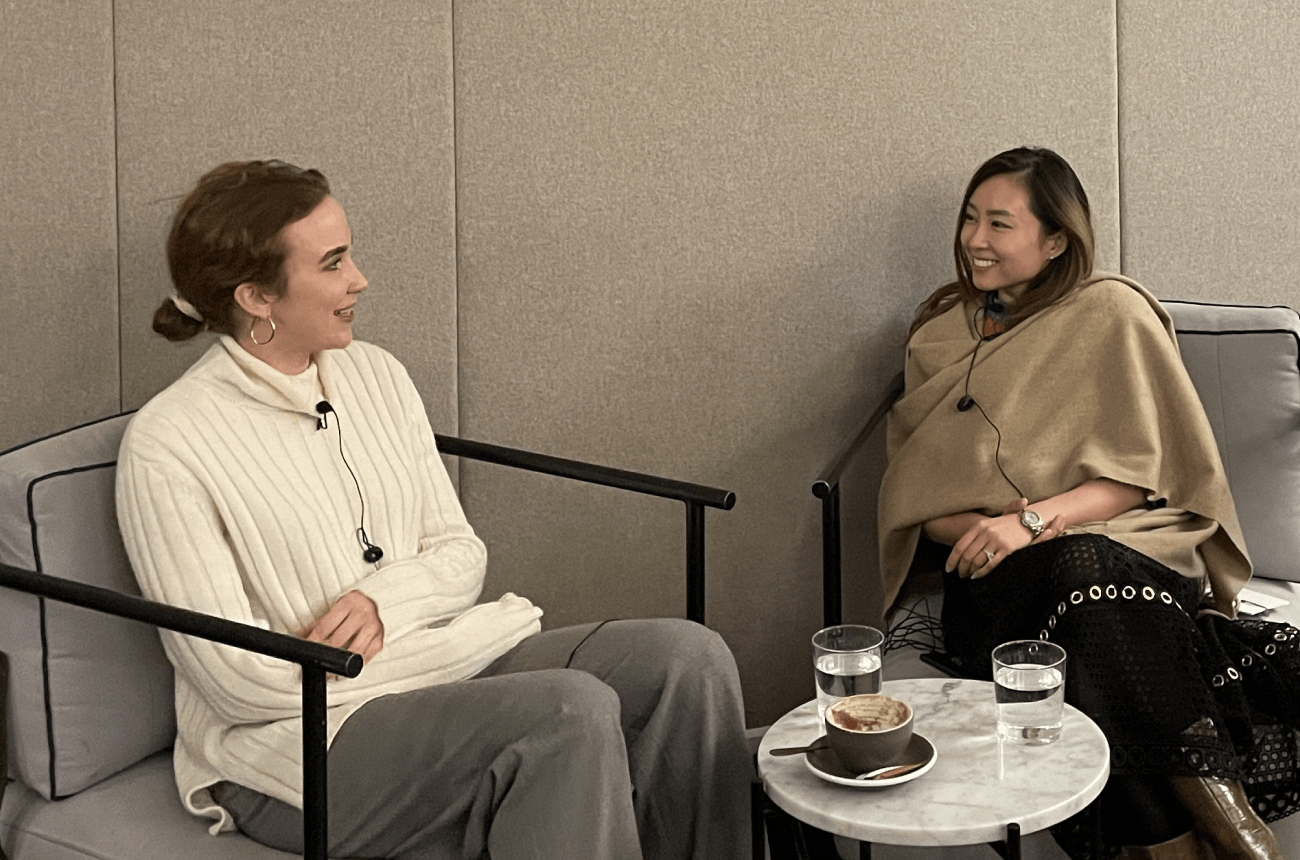 Finding Your Feet in Fashion With Stephanie Irwin