Back
"The most memorable books are a feast for the senses." - Matt Steel 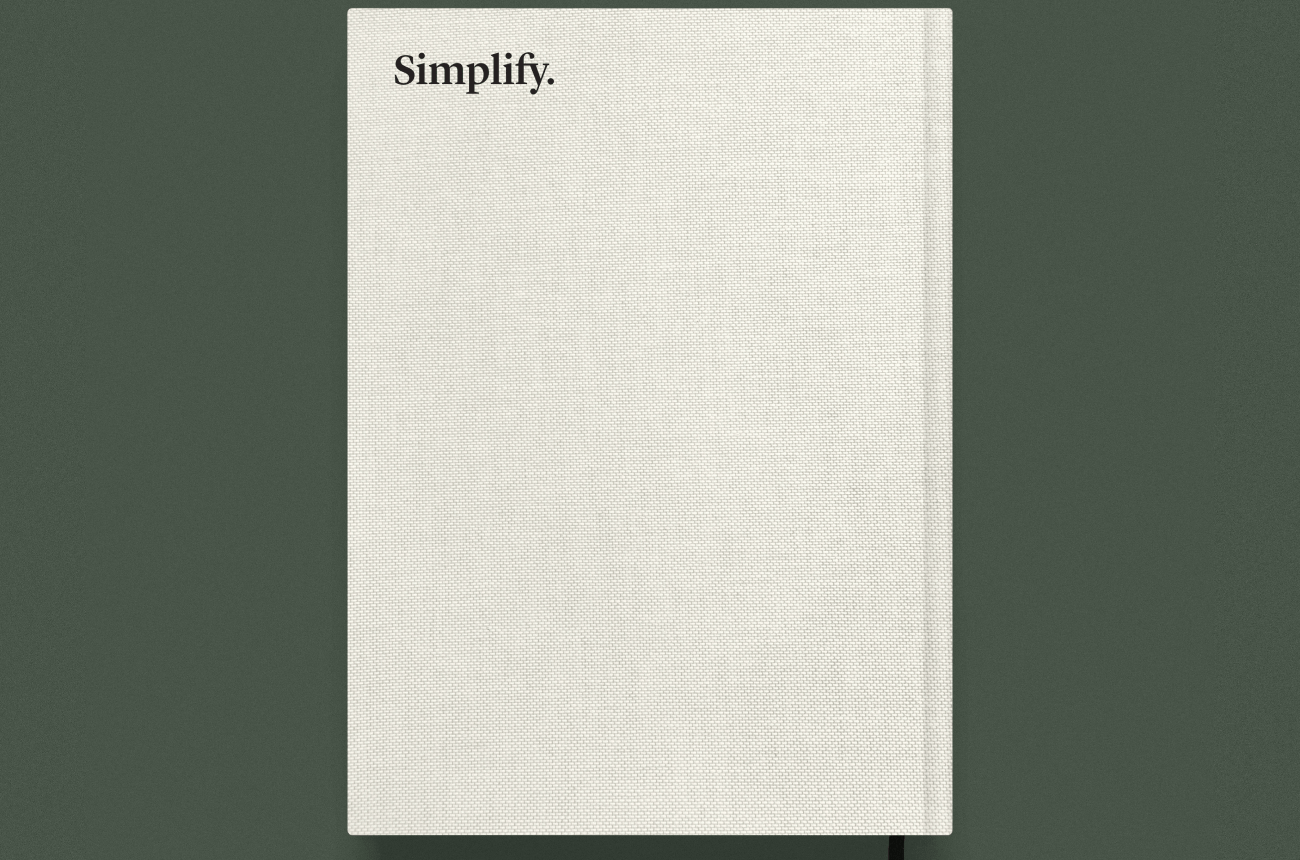 The New Walden back cover against a forest green background

"Books are the treasured wealth of the world and the fit inheritance of generations and nations." -Henry David Thoreau.

Thanks to the work of Matt Steel, Thoreau's book too will be preserved for generations to come.

In Part I of our interview with Matt Steel, we discussed how The New Walden came to be and how Matt established the core pillars of the book's design. Here, in Part II, Matt reflects on the development of his design, his relationship with collaborators Benji Haselhurst and Corinne H. Smith, and the legacy of his, and Thoreau's, work.

Part II, as told in Matt Steel's own words.

I usually begin branding projects with interviews and surveys. But Thoreau was unavailable. So I had to interview him through biographers and scholars, so to speak.

Additionally, while I’ve been a working designer since 2003, my creative process is almost always words-first. My branding work starts with strategy and messaging, and only then do I think about what the brand might look like. With Walden, the story already existed, so I established the design direction first and then tackled the editorial work.

Lastly, we made some bold editorial moves that would’ve required convincing or might’ve never happened at all if this was a client project.

I’m referring to the way we revised the structure of Walden, albeit not in a way that changes Thoreau’s words or rearranges them in any way. Thoreau loosely arranged the book to follow the progression of seasons, so we simply created four sections of similar length along discernible lines of thematic drift and gave each section or “book” its own title. We’ve turned “Economy,” Walden’s long first chapter, into the first book and broke it down into six chapters. This yielded twenty-three chapters of similar length. The new structure created a more sustainable pace and a better rhythm. Perhaps another editor in Thoreau’s day might’ve suggested the same approach... or maybe not. As a designer, I’m very sensitive to attention spans, how they’ve changed over time and how visual pacing can keep readers engaged. I suppose you could call it UX thinking.

Some diehard Walden fans may see our restructuring as sacrilegious. But the purpose is to reduce friction and enhance the reading experience, not to pander or dumb down the book in any way.

Before I approached Corinne and Benji to collaborate, they were already familiar with the project and loved the concept and approach. Corinne is a devoted Thoreauvian and Benji is a designer, illustrator and bibliophile. Our common interests were substantial and bringing them on board was easy. What’s more, I was Benji’s creative director for three years at my previous agency and we’ve remained close friends, so he was already familiar with my creative process and our communication styles blend comfortably.

Honestly, communication was never difficult with either of them. They’re pros. We set clear expectations up front, emailed as needed, spoke on the phone as needed and left each other alone as needed.

Corinne and I discussed the existing annotated versions of Walden and how ours might differ. We agreed that we didn’t want to create a study companion as much as an unobtrusive guide. She led research and wrote the first drafts of annotations, sending them to me in batches. I edited the annotations for style and typeset them in the book, then she proofread the typeset pages.

The greatest challenge for all three of us, I think, has been the need for patience and flexibility. Walden is a passion project, not my main gig. The same is true for Benji and Corinne. So turnaround times and communication have moved at a much slower pace than if we worked together full-time. The upshot is that this book has had abundant time to mature and evolve.

Venturing into the revival and preservation of more classic literature was my original plan. First Thoreau, then maybe Tolstoy, Shelley or other great writers whose works have lapsed into the public domain. Now, I’m not so sure.

Working so closely with Henry for seven years has been transformative, but I’m ready to spend more time with the living. And I have at least one or two of my own books in me. Our next publishing project will most likely be a collection of my essays and poems. After that, who knows?

How to consume a story

Any medium (books, e-books, audiobooks) that draws people into literature can only be a good thing. But for me, nothing compares to a well-designed, carefully-crafted book. It was humankind’s first interface and, I think, remains our best.

The most memorable books are a feast for the senses. The subtly pebbled texture of vellum uncoated paper. The silky feeling of a bookmark. The sandy murmuring of turning pages.

As I wrote in my part of Walden’s foreword, a book won’t light up for you, but neither does it need a battery or charge. It won’t be made redundant by next year’s model. It will not bleep or buzz at you. It can’t help you reach the airport or queue up your favourite playlist. It offers one thing and one thing only: a story. And with good provenance and care, it can last for hundreds of years. How’s that for a product cycle?

(Editors note: Matt had previously launched a Kickstarter campaign to fund The New Walden back in 2016, but decided to postpone his efforts until now.)

Being self-employed again for the third and (hopefully) last time, I’ve finally had the time to get the book back on track and nearly completed without the long pauses I’d dealt with in the past. I never dreamed the book would take seven years from start to finish. But I’d made a promise to myself and I believe breaking it would have, to some extent, broken my spirit. Letting The New Walden wither was never an option.

Culturally, Walden remains as relevant as ever. The workaholism, materialism and hustle culture that I wrote about in 2016 are still very much with us; I don’t think anyone would expect such global, deeply-rooted diseases to to change much in a mere six years.

The only real difference between then and now is that more people are aware and talking about the impacts of these addictions and how we might live differently.

The book has changed over the years in small and large ways. We originally planned to print the book in Italy, and now we’re working with MMC in Germany. I learned about MMC through my friend, Adam Greene, who publishes Bibliotheca, a gorgeous reader’s Bible. I was so impressed with MMC’s attention to detail and capabilities that I chose to work with them before the first conversation ended.

The slipcase was a late addition, as was the expansion from four to sixteen illustrations.

The greatest change, though, hasn’t been the number of illustrations but who’s doing them. My initial plan was to work with a brilliant artist named Brooks Salzwedel. He made the first of several illustrations for our Kickstarter campaign in 2016. When I resumed work in 2018, Brooks was happy to hear I hadn’t given up. I jotted down a stack of illustration concepts which we narrowed and refined together. So far, so good.

But then, Brooks told me a few weeks later that he was battling serious health issues. In order to focus on treatment and a long, painful recovery, he needed to step away from commissioned artwork for the foreseeable future. I searched high and low for months but couldn’t find a suitable person to replace Brooks. (It seems he’s doing much better these days.)

One Saturday morning, I was sipping coffee and reading yet another email from an illustrator who couldn’t take on the project. I thought, The hell with waiting for other people. I didn’t go to art school for nothing! So I decided to make the full-colour illustrations myself. It took eons, but I’m pleased with the outcome.

Benji’s twelve illustrations are the most recent addition, and they really round out the book. His black-and-grey drawings take inspiration from Thoreau’s own sketches in his journal.

Aesthetically, I hope they feel I’ve made something authentic that faithfully represents the story. As for lessons, two things come to mind.

First, pay attention and be present! “It’s not what you look at that matters, it’s what you see,” as Henry said. You’re blessed to be alive; the universe is a startling, beautiful and wild place; and you’re an integral part of it. You belong here and your presence is not optional.

And second, hope is here for the taking. Get outside more, for “There can be no very black melancholy to him who lives in the midst of nature and has his senses still.”

The New Walden is now available to order. Orders placed before 5 August 2022 (midnight EST) will also receive a free print of one of the book's illustrations, signed by Matt himself.

Visit steelbrothers.co to find out more about their work.

Learn more about Matt Steel's design process and relationship with Walden in Part I of our interview. 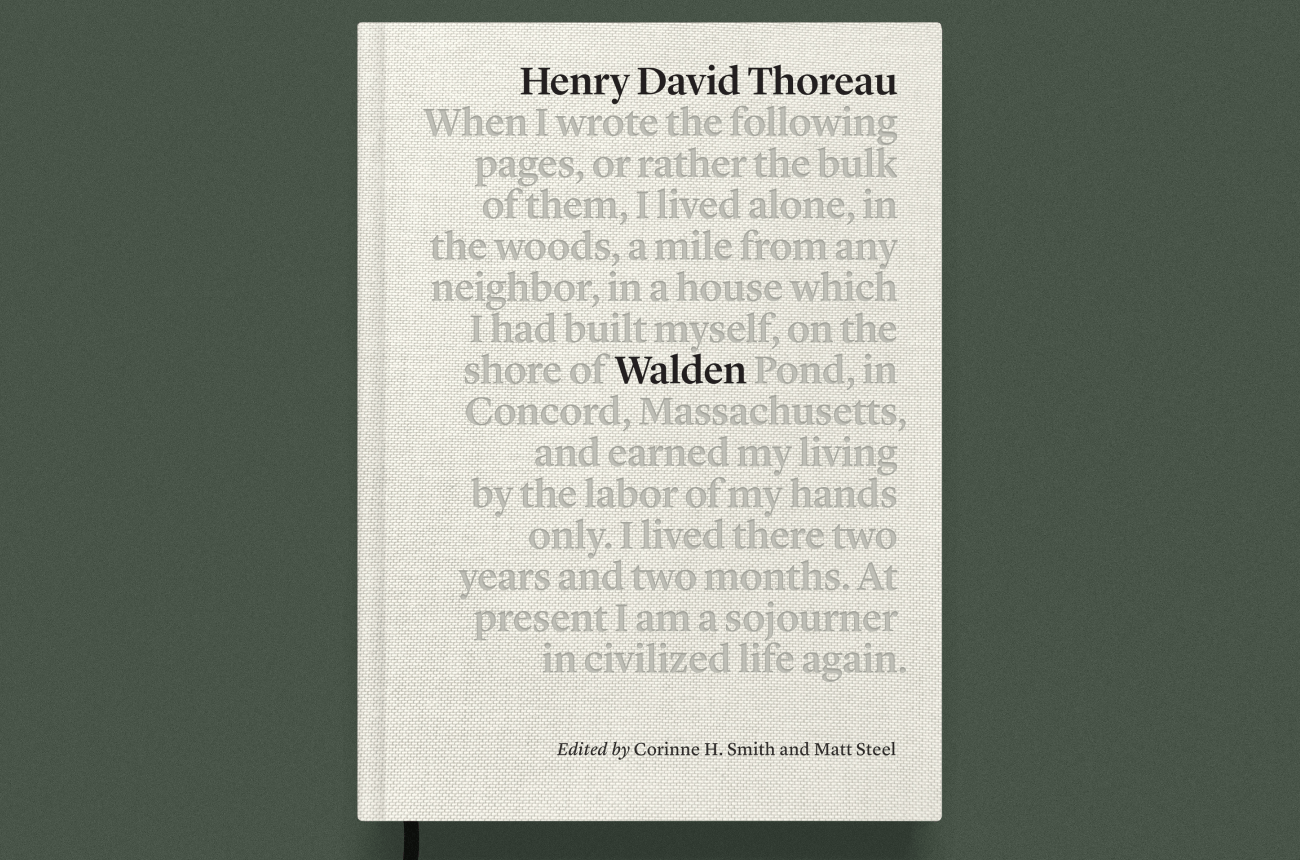 Reviving a Classic With Matt Steel: Part I